Hit enter to search or ESC to close
Project Updates

By gwsandiego December 8, 2017 No Comments

Groundwork San Diego, working with local San Diego partners including City Council President Myrtle Cole, County Supervisor Ron Roberts, and a team of local consultants, has completed the construction phase of a mosquito control project in the Encanto neighborhood.  The project was designed to remove pools that had formed in Chollas Creek just north of the Lenox Drive Bridge due to deteriorated grade control structures. The County of San Diego had identified the site as a high priority treatment area, due to the potential for mosquitos to breed in the pools. The project includes removing the concrete structures, re-grading the creek channel to allow water to flow through, and planting native vegetation along the creek banks. 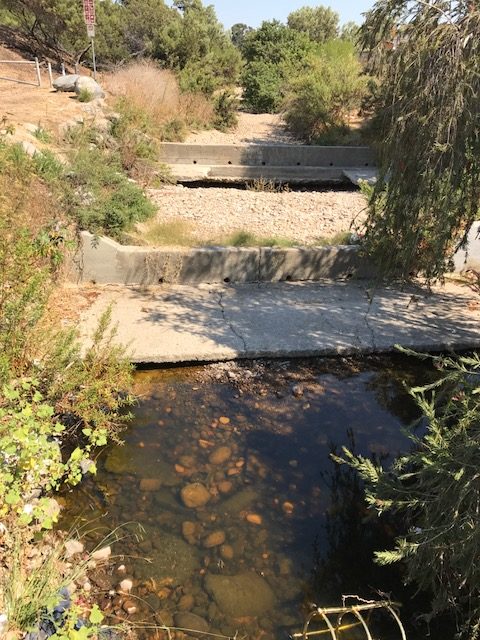 The work is being funded by a competitive grant that was awarded to Groundwork San Diego by the County of San Diego Department of Environmental Health under the Vector Habitat Remediation Program, part of the County’s Vector Control Program.  The San Diego County Vector Control Program is a countywide effort that monitors vectors and the diseases they carry. A “vector” is an animal or insect that can transmit a human disease. The Vector Control Program works to protect public health by surveying for diseases carried by vectors, responding to public requests for vector inspections, and educating the public about mosquitoes and other vectors.

Photo 2: Upstream of Lenox Drive bridge on November 29, 2017 after construction. 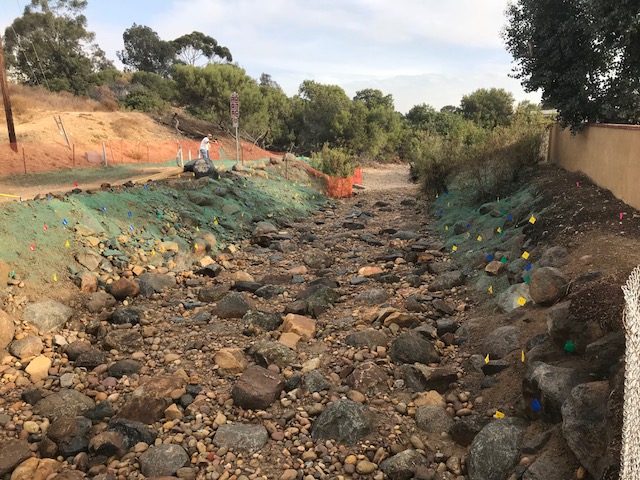 Join Us For Our EarthLab Learn Work Play Parties

Please join us on the first Saturday of each month for our Work Learn Play parties. We will work at our beautiful EarthLab Climate Action Park, learn how to protect the environment, and play at fun family EarthLab events. To read our January Newsletter and learn about our latest activities, click here.